“I view it as an honor to be able to select a successor to the position I have loved so much for over twenty years.” Dr. Abbott commented.  This appointment of Mr. Wolf follows the Board of Education appointment of Dr. Robert Abbott as Superintendent last week.

Dr. Abbott continued, “I am excited to appoint Mr. Matt Wolf as our next Principal at Fort Atkinson Middle School.  Mr. Wolf came to Fort Atkinson with a wealth of personal and professional experiences that have helped him find success with our middle school students, staff, and families.” 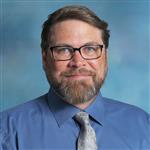 Wolf attended the University of Wisconsin - Madison to complete his bachelor’s degree in elementary education with a minor in English Language and Literature.  He then began his career in education as a middle school English language arts and English language-learner teacher in the School District of Janesville.

Wolf received his license for English language-learner and bilingual education from the University of Wisconsin - Whitewater in 2005.

Wolf continued to grow his educational career as an at-risk and summer school headteacher until accepting the Dean of Students position at Rock University High School in the School District of Janesville.

Wolf received his master’s degree in educational leadership from National Louis University in 2015.

“No one can fake their desire to work with middle school-aged kids for very long,” Dr. Abbott commented. “Matt is a middle school guy through and through and it shows day in and day out.  Our learning community has come to know him, trust him, and support him; Fort Atkinson Middle School will continue to grow under Mr. Wolf’s leadership.”

Mr. Wolf’s passion for education is apparent not only in the middle school but also within his family life.  He is married to his wife Angie who works in the finance department at Blains Supply in Janesville. Their daughter is currently attending the University of Wisconsin - Whitewater studying Elementary Education.

Among other hobbies and interests, he enjoys spending time with his extended family playing cards and other family favorite games, gardening, classic cars, and home improvement projects.

When asked about this new role, Mr. Wolf shared, “I am honored to become the new Principal of the Fort Atkinson Middle School. My past four years as the Associate Principal helped me realize that this is a phenomenal school and community.”

Mr. Wolf continued, “The staff members at our school, the students and their family members, and the community value the importance of education and have been very supportive of the School District of Fort Atkinson. I am very excited to be part of and continue to grow our educational system and help all of our students and staff reach their full potential.”

As the first order of business as principal of the Fort Atkinson Middle School, Mr. Wolf announced the appointment of Jennifer Statz as the new associate principal. 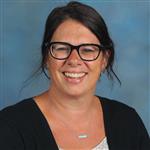 Statz received her bachelor’s degree at Wisconsin Lutheran College in Psychology, Biology & Secondary Education.  She began her teaching career in the New Berlin School District. Statz has served as an 8th-grade science teacher for 18 years at the School District of Fort Atkinson.  She earned her master’s degree in educational leadership from Viterbo University in 2010.

You can add a copyright statement or legal disclaimer in this area if necessary
Copyright © 2002-2020 Blackboard, Inc. All rights reserved.